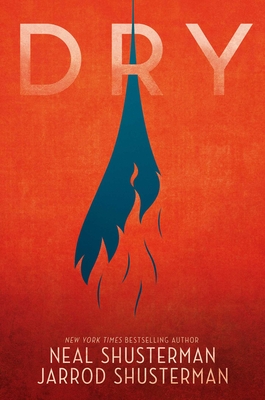 When the California drought escalates to catastrophic proportions, one teen is forced to make life and death decisions for her family in this harrowing story of survival from New York Times bestselling author Neal Shusterman and Jarrod Shusterman.

The drought—or the Tap-Out, as everyone calls it—has been going on for a while now. Everyone’s lives have become an endless list of don’ts: don’t water the lawn, don’t fill up your pool, don’t take long showers.

Until the taps run dry.

Suddenly, Alyssa’s quiet suburban street spirals into a warzone of desperation; neighbors and families turned against each other on the hunt for water. And when her parents don’t return and her life—and the life of her brother—is threatened, Alyssa has to make impossible choices if she’s going to survive.

Jarrod Shusterman is the New York Times bestselling coauthor of novel Dry, which he is adapting for a major Hollywood film studio with Neal Shusterman. He is also the coauthor of the accoladed novel Roxy. His books have all received critical acclaim and multiple starred reviews. Sofi Lapuente and Jarrod are partners in every sense of the word, with love and multiculturalism as an ethos—living between Madrid, Spain, and Los Angeles, California. If they are not working, it means they’re eating. For behind-the-scenes author content and stupidly funny videos, follow them on Instagram and TikTok @SofiandJarrod.
Loading...
or
Not Currently Available for Direct Purchase