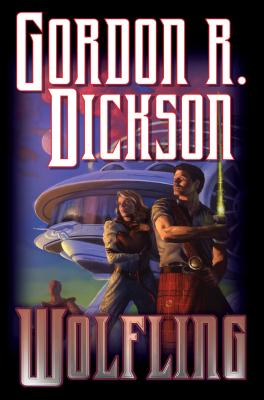 A classic of science fiction from SF legend Gordon R. Dickson, winner of three Hugo awards, a Nebula award, and an inductee into the Science Fiction Hall of Fame. When the first expedition from Earth reaches Alpha Centuari III, it makes a startling discovery: all life, including humankind, is governed by the Throne World. The Earth is a mere outpost in a vast star empire. Jim Keil was a superman on Earth, but on the Throne World he is nothing more than a "wolfling," a trained pet whose sole purpose is to entertain the High-Born. But Jim Keil will show the High-Born that the people of Earth aren't so easily tamed. About Gordon R. Dickson:
"Dickson is one of SF's standard-bearers."--Publishers Weekly "Dickson has a true mastery of pacing and fine understanding of human beings."--Seattle Post Intelligencer "A masterful science fiction writer."--Milwaukee Journal