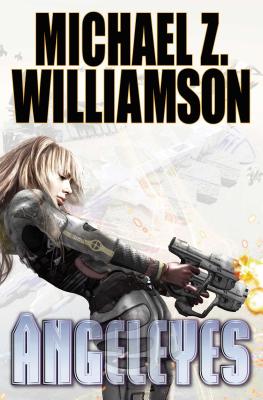 THE FREEHOLDERS RETURN in a new novel in the nationally best-selling Freehold Universe series.  A return to the libertarian world of Grainne and its battle against an Earth government that cannot let the Freeholders remain free!

Angie Kaneshiro never planned to be a spy. She was a veteran of the Freehold Forces of Grainne, and was now a tramp freighter crew-woman who hadn’t set foot on the dirt of a world in ten years. Angie was free, and that was the way she liked it.

Then the war with Earth started. One thing Angie knew was human space. She knew where the UN troops garrisoned, the methods they used to scan and chip their own to control them. Even better, she had a mental map of the access conduits, the dive bars, and the make-out cubbies people used to get around restrictions.

The UN forces may hold most of the stations, the docks, and the jump points, but now the Freehold of Grainne has its own lethal weapon. The Intelligence branch sends a freighter crewed with Blazers, special forces troops. All Angie has to do is lead them through the holes. Responsibility for the explosions and wreckage will be theirs. But war is complicated, and even the most unwilling of heroes can be forged in its crucible.

About A Long Time Until Now:
“[A] classic story of survival. They may not like each other, but must depend upon each other. Williamson shows how they pull together to create a solid society . . . outstanding entertainment. Each character is different and fully developed. Even those you may dislike seem worth caring about . . . [G]rabs readers from the beginning and keep them reading to the end.”—Galveston County Daily News

Michael Z. Williamson is retired military, having served twenty-five years in the U.S. Army and the U.S. Air Force. He was deployed for Operation Iraqi Freedom and Operation Desert Fox. Williamson is a state-ranked competitive shooter in combat rifle and combat pistol. He has consulted on military matters, weapons, and disaster preparedness for Discovery Channel and Outdoor Channel productions, and is editor at large for SurvivalBlog, which has 300,000 weekly readers. In addition, Williamson tests and reviews firearms and gear for manufacturers. Williamson’s books set in his Freehold Universe include Freehold, The Weapon, The Rogue, Better to Beg Forgiveness . . ., Do Unto Others . . ., and When Diplomacy Fails . . .. He is also the author of time-travel novel A Long Time Until Now, as well as The Hero—the latter written in collaboration with New York Times best-selling author John Ringo. Williamson was born in England, raised in Liverpool and Toronto, Canada, and now resides in Indiana with his wife and children.
Loading...
or
Not Currently Available for Direct Purchase