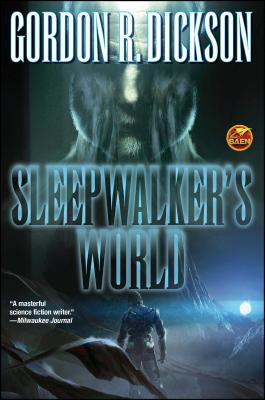 The energy crisis has been solved. Core Taps have been driven 300 miles into the Earth to tap into the subterranean power source at its core. The only catch: when activated, the Core Taps disrupt brain waves, sending everyone nearby into a deep, forced sleep. It’s a small price to pay for a world of plenty. Or so it seems.

Rafe Harald is one of the few humans not affected by the Core Taps. Back from the Moon, where he has been preparing for humankind’s first trek into deep space, he makes his way through a shadowy night world of induced slumber. He’s come to discover the whereabouts of a missing colleague. What he’ll find is a mysterious figure known as the Old Man—and a conspiracy so devious in its design, he’ll wish it was a nightmare.

But soon the Old Man will discover that he has awoken a sleeping giant in Rafe Harald. And on a planet of perpetual sleep, a new day is about to dawn.

About Gordon R. Dickson:
"Dickson is one of SF's standard-bearers."—Publishers Weekly