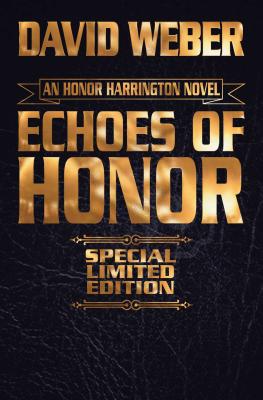 The adventure continues with Echoes of Honor, book eight in the acclaimed Honor Harrington series, available in a signed limited leatherbound edition for the first time.

About Shadow of Freedom, #15 in the Honor Harrington series:

“Weber combines realistic, engaging characters with intelligent technological projection and a deep understanding of military bureaucracy in this long-awaited Honor Harrington novel … Fans of this venerable space opera will rejoice to see Honor back in action.”—Publishers Weekly

“This latest Honor Harrington novel brings the saga to another crucial turning point … Readers may feel confident that they will be Honored many more times and enjoy it every time.”—Booklist

Weber makes his home in South Carolina with his wife and children.
Loading...
or support indie stores by buying on
(This book is on backorder)