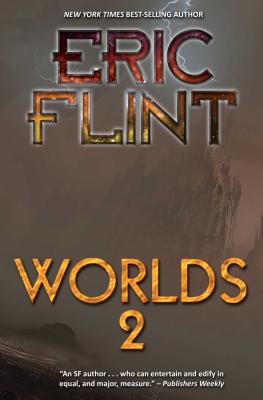 From New York Times best-selling author and creator of the popular Ring of Fire series Eric Flint. A new collection of short stories by a master of sciecne fiction, fantasy, and alternate history.

WELCOME TO THE MANY WORLDS OF BEST-SELLING AUTHOR ERIC FLINT

In addition to the fiction, Eric Flint has written an overall introduction, plus an introduction for each story, telling how it came to be written, making this an irresistible book for the many thousands of Eric Flint fans.

Eric Flint is a modern master of alternate history fiction, with three million books in print. He’s the author/creator of the multiple New York Times best-selling Ring of Fire series starting with first novel 1632. With David Drake he has written six popular novels in the “Belisarius” alternate Roman history series, and with David Weber collaborated on 1633 and 1634: The Baltic War and two novels in Webers Honorverse series. Flint was for many years a labor union activist. He lives near Chicago, Illinois.
or support indie stores by buying on
Copyright © 2020 American Booksellers Association