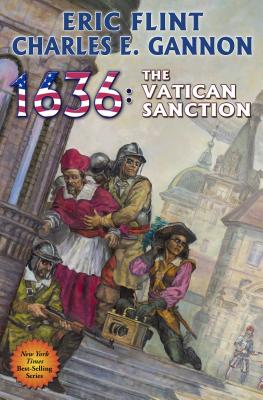 MAYDAY FOR A POPE!

It’s spring in Burgundy. The flowers are out and so are the cardinals! That is, the cardinals of Pope Urban’s renegade papacy, now on the run from the Vatican’s would-be usurper Borja.

Fortunately, Urban has help from those indomitable modern West Virginians thrown back in time during the Ring of Fire cataclysm. He has a new Papal Guard in the form of Owen Rowe O’Neill’s Wild Geese, and up-time leader Mike Stearns has loaned the Pope a contingent of the Hibernian Battalion— just in case.

Which is prudent, since Urban is not merely at risk from Borja’s assassins. The man who almost killed the Pope before, lethal Spanish mastermind Pedro Dolor, is in town. And Dolor hasn’t come to confess murder—he’s come to commit a cardinal sin. Several of them, in fact!

Charles E. Gannon is the author of the Compton Crook Award–winning, Nebula-nominated Caine Riordan series, as well as two novels in John Ringo’s Black Tide Rising series. With best seller Steve White, Gannon is the coauthor of several entries in the Starfire series. With Eric Flint, he has written several novels in the best-selling Ring of Fire series.
Loading...
or support indie stores by buying on
(This book is on backorder)