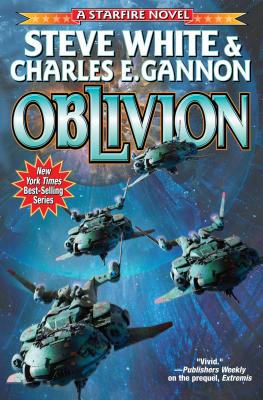 STAND AGAINST THE ALIEN INVADER APOCALYPSE!

The war with the profoundly alien Arduans has ended, and the Arduans have come to call humanity their allies. Most of them—the Arduan warrior caste refuses to accept defeat. Now known as the Kaituni, they are waging a war of extermination against all members of the Pan-Sentient Union, human and Arduan alike. What’s more, the Kaituni have an unexpected weapon in their arsenal: the alien Arachnids, once thought driven to extinction. The Kaituni drive the Arachnid fleet ahead of them, inflicting untold damage.

The war has been marked by retreat on the side of the Pan-Sentient Union. It seems the best they can do is minimize their losses. But now the Arachnids and the Kaituni are at the doorstep to the Heart Worlds, Sol, and Earth. The odds look bleak. But Admiral Ian Trevayne and Commodore Ossian Wethermere have faced down long odds in the past. It’s time to take a stand, for Earth, for humanity . . . and for the Pan-Sentient Union!

"Space battles, byzantine politics, alien cultures, intelligent commanders with their backs against the wall—what’s not to like?"—Analog

About Steve White and David Weber’s The Shiva Option:

“[Leaves] the reader both exhilarated and enriched.” –Publishers Weekly

Charles E. Gannon is the author of Compton Crook Award-winning, Nebula-nominated Fire with Fire, Trial by Fire, and Raising Caine in the Caine Riordan series. He is the coauthor with Eric Flint of 1636: The Papal Stakes and 1636: Commander Cantrell in the West Indies in Eric Flint's best-selling Ring of Fire series. With best seller Steve White, Gannon is the coauthor of Starfire series entries Extremis, Imperative, and Oblivion. Gannon is also the author of multiple short stories. He is a member of SIGMA, the “SF think tank,” which has advised various intelligence and defense agencies since the start of the millennium. A former professor, Gannon lives near Annapolis, Maryland, with his wife and children.
Loading...
or support indie stores by buying on
(This book is on backorder)