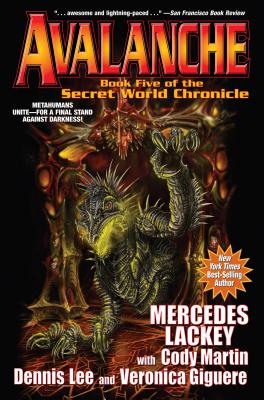 Ultima Thule has been destroyed—but the Thulians mounted an even bigger force to destroy Metis. The Metisians who escaped the carnage and destruction of their secret city now must somehow find somewhere safe to go—without getting snapped up by various world governments. And now the Thulians have changed their tactics, sending wave after wave of their ships and troops to attack vulnerable targets all over Earth. John Murdock and The Seraphym have become a force of nature, but they can’t be everywhere at once, and if they were regarded with suspicion before, now they are regarded by ECHO’s allies with fear as well. The heroes of ECHO and CCCP have to save the world. But first, they have to save each other. And the avalanche has begun.

Cody Martin is a coauthor with Mercedes Lackey of three other books in the metahero saga and Silence in the SERRAted Edge series.. He is an avid gamer, but spends his extra time chained to a computer, writing. Originally from Scottsdale, Arizona, he currently resides in Florida.