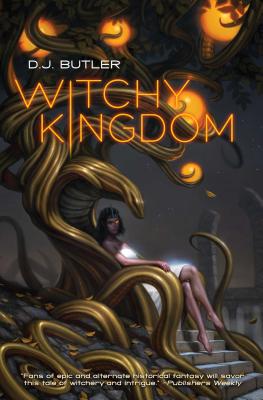 D.J. (“Dave”) Butler grew up in swamps, deserts, and mountains. After messing around for years with the practice of law, he finally got serious and turned to his lifelong passion of storytelling. He now writes adventure stories for readers of all ages, plays guitar, and spends as much time as he can with his family. He is the author of City of the Saints, Rock Band Fights Evil, Space Eldritch, and Crecheling from Wordfire Press, and Witchy Eye, Witchy Winter, and Witchy Kingdom from Baen Books. Read more about Dave and his writing at http://davidjohnbutler.com, and follow him on Twitter: @davidjohnbutler.
Loading...
or support indie stores by buying on