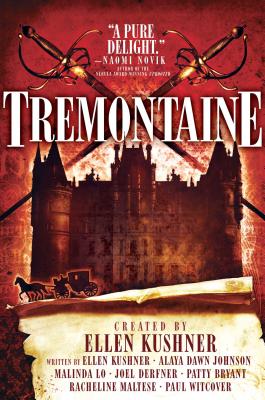 A duchess’s beauty matched only by her cunning; her husband’s dangerous affair with a handsome scholar; a foreigner in a playground of swordplay and secrets; and a mathematical genius on the brink of revolution. Suddenly long-buried lies threaten to come to light and betrayal and treachery run rampant in this story of sparkling wit and political intrigue.

Written serially by six critically acclaimed authors, Tremontaine is a tale of intrigue, manners, treachery, and cleverness that will delight readers.

Patty Bryant is a cafe-based writer who publishes in the romance genre under several different pen names. She has an MA in archaeology from New York University and, when she is not in the field, lives in Brooklyn, NY. She is passionate about tea, nail polish, and horror movies.
Loading...
or
Not Currently Available for Direct Purchase