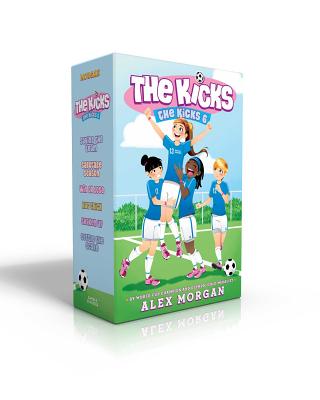 When Devin moves from Connecticut to California, she leaves her spot as captain of the seventh-grade soccer team and finds herself stuck with the Kentville Kangaroos—a.k.a. the Kicks—a.k.a. an absolute mess. But the players are fun and friendly, and with a little guidance and leadership, Devin and her teammates just might have a shot at success.

This boxed set of the Kicks series includes Saving the Team, Sabotage Season, Win or Lose, Hat Trick, Shaken Up, and Settle the Score.