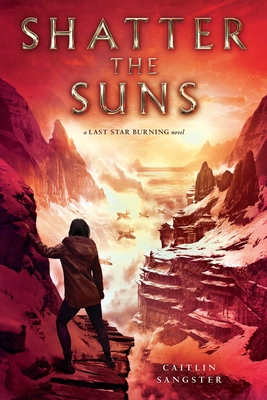 Sev, Tai-ge, and June set out for seemingly unknown Port North in search of a sleeping-sickness cure, not to mention the vague hints that Sev might also find family at the end of her journey. On the way, they meet up with Howl, the object of her hate/attraction, who offers help, but Sev struggles to trust him again. Despite impossible circumstances and a civil war, they must get the cure before the nefarious Dr. Yang finds it and uses it as a political weapon. Detail-oriented Sangster is a master of creativity when it comes to setting and action, and the various characters’ ambivalence about trust and hope feels authentic. Moments of humor and warmth add dimension, and dedicated readers will appreciate many, many twists and turns. An author’s note indicates inspiration for parts of the book came from historical China. Try this sequel to Last Star Burning (2017) with fans of Julie Dao’s Rise of the Empress series or Livia Blackburne’s
Rosemarked (2017). — Cindy Welch
— Booklist Online

Caitlin Sangster is the author of the Last Star Burning trilogy and the founder and cohost of the Lit Service podcast. She grew up in the backwoods of Northern California, has lived in China, Taiwan, Utah, and Montana and can often be found dragging her poor husband and four children onto hikes that feature far too many bears. You can find her online at CaitlinSangster.com.
Loading...
or
Not Currently Available for Direct Purchase