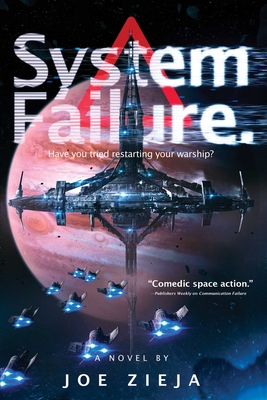 War is spreading through the galaxy—and it’s becoming abundantly clear that there’s an outside force at play in this explosive and hilarious new installment of the Epic Failure series that reads like Catch-22 meets David Weber.

With the galaxy thrown into chaos by mutual breaches of the Two Hundred Years’ peace, what seemed like an isolated incident on the Thelicosa/Merida border has become an epidemic. In the midst of this chaos, the Thelicosan and Meridan fleets on their respective borders have come to a sort of tense peace after the events in Book II but now it’s clear: somebody wants war. And it’s not the Free Systems of the galaxy.

No. It’s a mom-and-pop convenience store gone galactic. It’s the purveyors of balloons and nachos and supplies for bowling lanes. It’s the company that made the droids and a large part of the technology that all of the Free Systems are using in their militaries.

It’s Snaggardirs. And they want to snag it all.

Joe Zieja is an author with a long history of doing things that have almost nothing to do with writing at all. A graduate of the United States Air Force Academy, Joe dedicated over a decade of his life to wearing The Uniform, marching around in circles and shouting commands at people while in turn having commands shouted at him. It was both a great deal of fun and a great nuisance, and he wouldn’t have had it any other way. Joe’s also a commercial voiceover artist and a composer of music for video games and commercials. He’s probably interrupted your Spotify playlist at least once to encourage you to click on the banner below and isn’t the least bit upset that you ignored him.
Loading...
or
Not Currently Available for Direct Purchase