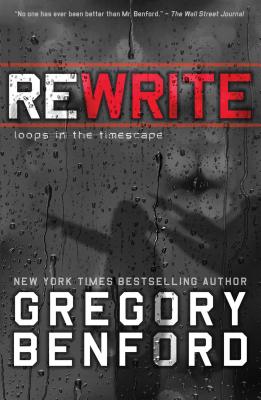 Loops in the Timescape

In this thematic sequel to Gregory Benford’s award-winning bestseller Timescape, a history professor finds that he is able travel back to 1968, the year he was sixteen—here, he finds a slew of mentors with the same ability, including Robert Heinlein, Albert Einstein, and Philip K. Dick and becomes a successful Hollywood screenwriter until some wicked time travelers try to subvert him.

It’s 2002, and Charlie, in his late forties, is a bit of a sad-sack professor of history going through an unpleasant divorce. While flipping the cassette of an audiobook he gets into a car accident with a truck, and wakes up, fully aware as his adult mind, in his sixteen-year-old body in 1968.

Charlie does the thing we all imagine: he takes what he remembers of the future and uses it for himself in his present, the past. He becomes a screenwriter, anticipating the careers of Francis Ford Coppola and Steven Spielberg, and then, in a 1980s life of excess, he dies, and wakes up again in his bedroom at sixteen in 1968.

Charlie realizes things he didn’t see the first time: that there are others like him, like Albert Einstein, Philip K. Dick, Robert Heinlein. In fact, there is a society of folks who loop through time to change the world for their agenda. Now, Charlie knows he has to do something other than be self-indulgent and he tries to change one of the events of 1968 in this clever thriller.

Gregory Benford is a physicist, educator, and author. He received a BS from the University of Oklahoma and a PhD from the University of California, San Diego. Benford is a professor of physics at the University of California, Irvine, where he has been a faculty member since 1971. He is a Woodrow Wilson Fellow and a Visiting Fellow at Cambridge University. He has served as an advisor to the Department of Energy, NASA, and the White House Council on Space Policy. He is the author of over twenty novels, including In the Ocean of the Night, The Heart of the Comet (with David Brin), Foundation's Fear, Bowl of Heaven (with Larry Niven), Timescape, and The Berlin Project. A two-time winner of the Nebula Award, Benford has also won the John W. Campbell Award, the British Science Fiction Award (BSFA), the Australian Ditmar Award, and the 1990 United Nations Medal in Literature. In 1995 he received the Lord Foundation Award for contributions to science and the public comprehension of it. He has served as scientific consultant to the NHK Network and for Star Trek: The Next Generation.
or
Not Currently Available for Direct Purchase
Copyright © 2020 American Booksellers Association