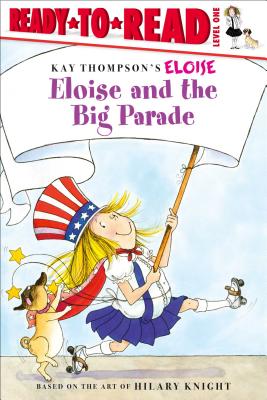 Eloise and the Big Parade

Eloise goes to a Fourth of July parade in this hilarious Level 1 Ready-to-Read that’s perfect for emerging readers. How marvelous!

Eloise and Nanny are going to a big parade! Come along with them in this fun early reader.

Hilary Knight, son of artist-writers Clayton Knight and Katharine Sturges, was educated at the Art Students League, where he studied with Reginald Marsh. Besides the Eloise books, Hilary Knight has illustrated more than fifty books for children, six of which he wrote himself. He lives and works in New York City, not far from The Plaza Hotel.
Loading...
or support indie stores by buying on
(This book is on backorder)