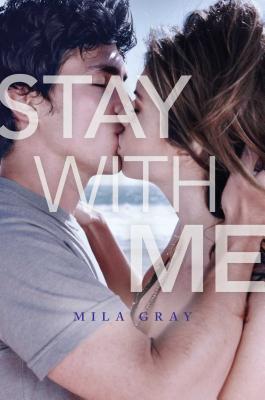 From the author of Come Back to Me comes a heartwrenching novel about a forbidden romance, a wounded marine, and the girl who’s determined to save him.

Didi Monroe has waited her whole life for happily ever after. So when charming Zac Ridgemont sweeps her off her feet, Didi believes she might finally have met the one.

Until she begins an internship at a military hospital in California. There she meets wounded marine Noel Walker. Frustrated on the outside and broken on the inside, Walker’s an irritating patient who refuses any care, keeping his distance from everything and everyone—including Didi.

Walker is strictly out of bounds. Didi knows this, respects this, but the more she tries to help Walker the closer the two grow. Soon neither one can ignore the sparks flying between them as their attraction simmers into dangerous territory.

Then tragedy hits, shattering both their worlds, and Didi realizes that love isn’t as simple as happily ever after. Love isn’t easy. It’s difficult. Messy. Complicated.

Now all Didi has to do is decide if it’s worth fighting for.

Mila Gray is the pseudonym for Sarah Alderson. Having spent most of her life in London, Sarah quit her job in the nonprofit sector in 2009 and took off on an around the world trip with her husband and princess-obsessed daughter on a mission to find a new place to call home. They are currently located somewhere between India, London, Canada, and the US. Sarah is the author of several YA novels, including Out of Control, The Sound, Hunting Lila, and its sequel Losing Lila, plus the paranormal Fated trilogy.
Loading...
or support indie stores by buying on