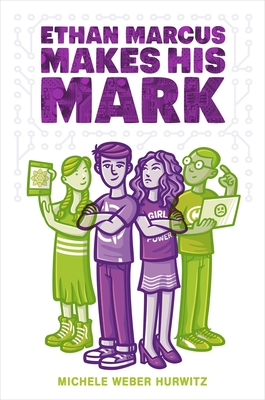 Michele Weber Hurwitz is the author of several books for young readers. The Summer I Saved the World…in 65 Days was nominated for a 2015–16 Pennsylvania Young Readers’ Choice Award. Calli Be Gold was nominated for a 2015–16 Minnesota Youth Reading Award and was on the 2014 Bluestem Readers’ Choice Award nomination list in Illinois. It also was named a starred Best Book by the Bank Street College of Education. She is also the author of Ethan Marcus Stands Up and Ethan Marcus Makes His Mark. She lives in the Chicago area.
Loading...
or
Not Currently Available for Direct Purchase