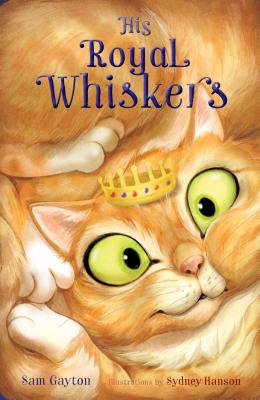 A young alchemist and a giant cat stage a meow-tiny to take down an evil czar in this charming middle grade adventure.

Somehow, the Prince has been miraculously transformed into a fluffy kitten—and a large one, at that. Giant, in fact. Dinosaur-sized.

Why has this terrible catastrophe happened? Who are the boy and girl brewing secret potions down in the palace kitchens? And how are they possibly going to avoid getting their heads chopped off?

Praise For His Royal Whiskers…

"Readers with a taste for sly humor, grim events, and (literally) undying loyalty will gobble this up."
— Kirkus Reviews

"Puns, wordplay, and footnotes keep readers on their toes. ..Funny and a little bit creepy, this is a solid addition to any upper elementary or middle grade collection."
— School Library Journal

"Terry Pratchett meets Roald Dahl in this textured, tongue-in-cheek fairy tale....the twists and turns will keep the pages flipping. Kids who love riotous fantasy will get a kick out of this."

Sydney Hanson is the illustrator of Construction Cat. She was raised in Minnesota alongside numerous pets and brothers. When she wasn’t tunneling through snowdrifts or rescuing frogs from rain gutters, she was drawing. Her illustrations and paintings still reflect these early adventures and are marked by a love for animals and the natural world. She lives in Los Angeles where she’s worked for several animation shops. In her spare time she enjoys traveling and spending time outside with her adopted brother, a Labrador retriever named Cash.
Loading...
or
Not Currently Available for Direct Purchase