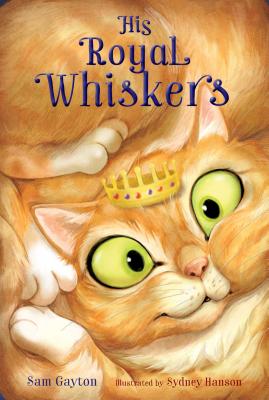 A young alchemist and a giant cat stage a meow-tiny to take down an evil czar in this charming Carnegie Medal–nominated middle grade adventure.

Somehow, the Prince has been miraculously transformed into a fluffy kitten—and a large one, at that. Giant, in fact. Dinosaur-sized. And his father, the bloodthirsty czar, is not happy.

Why has this terrible catastrophe happened? Who are the boy and girl brewing secret potions down in the palace kitchens? And how are they paws-sibly going to avoid getting their heads chopped off?

Sydney Hanson is the illustrator of Construction Cat. She was raised in Minnesota alongside numerous pets and brothers. When she wasn’t tunneling through snowdrifts or rescuing frogs from rain gutters, she was drawing. Her illustrations and paintings still reflect these early adventures and are marked by a love for animals and the natural world. She lives in Los Angeles where she’s worked for several animation shops. In her spare time she enjoys traveling and spending time outside with her adopted brother, a Labrador retriever named Cash.
Loading...
or
Not Currently Available for Direct Purchase