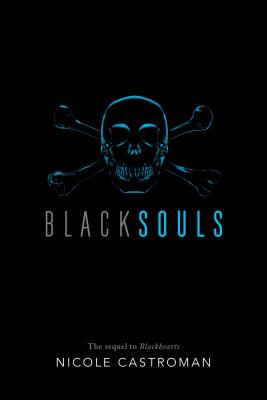 Tracing the origins of Blackbeard the Pirate, this sequel to Blackhearts (2016) reunites Teach and Anne, but not before each of them crosses the Atlantic in separate, grueling journeys to Nassau. On the island, dark-skinned Anne’s friendship with enemies of Governor Webb leads to her being nearly kidnapped into slavery after a savage beating. Teach’s own trouble with Webb forces him into a dangerous mission to save the lives of his men. The journey is complicated when he smuggles an unconscious Anne aboard his ship and encounters more seasoned pirates with their own beefs with Webb. The swashbuckling romance is tempered with bracing brutality, political trickery, and discrimination inherent to the era. Depictions of whippings and bloody battles are vivid, and so are the passion and complexity of the main characters in their dedication to one another and in doing what is right—or as close to right as burgeoning pirates can muster. Sell it as an action-packed romance or adventure-laced historical fiction; there’s something here to please almost everyone. — Heather Booth
— Booklist

Nicole Castroman received her BA from Brigham Young University and has lived in Germany, Austria, and two different places called Georgia. One is the country near the Black Sea; the other is the state of Georgia where she currently lives with her husband and children. She is the author of Blackhearts and Blacksouls.
Loading...
or
Not Currently Available for Direct Purchase