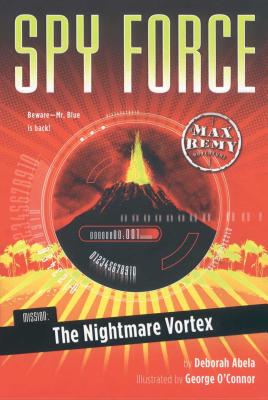 Max Remy is a superspy to watch!

On the outside Max Remy may look like every other eleven-year-old, but don't be fooled. Now official members of Spy Force, Max and her best friend, Linden, are invited to the Annual Spy Awards, hidden on a secret island deep within a medieval fortress. But then the evil Mr. Blue intercepts Spy Force intelligence and discovers the location of the top-secret ceremony, and he plots to bring a dormant volcano to life. Max and Linden have only hours to save the spy agency -- and the world. Are they up to the task?

Deborah Abela is a writer for a popular children's television program. This is her first book in the Spy Force series.