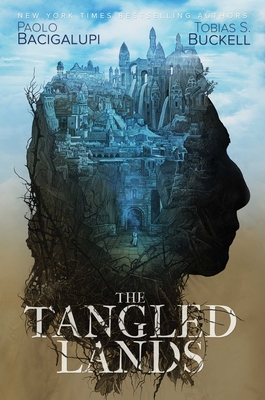 "The collective effect is that of a series of intriguing trailers for a tantalizing epic film."
— --Gary K. Wolfe

Called “violent, poetic, and compulsively readable” by Maclean’s, science fiction author Tobias S. Buckell is a New York Times bestselling writer born in the Caribbean. He grew up in Grenada and spent time in the British and US Virgin Islands, and these places influence much of his work. His Xenowealth series begins with Crystal Rain. Along with other stand-alone novels and his more than fifty stories, Tobias’s works have been translated into eighteen different languages. He has been nominated for such awards as the Hugo, Nebula, Prometheus, and John W. Campbell Award for Best New Science Fiction Author. His latest original novels are Hurricane Fever, a follow-up to the successful Arctic Rising, which NPR says will “give you the shivers,” and the acclaimed Halo: Envoy. He currently lives in Ohio, with his wife, twin daughters, and a pair of dogs. He can be found online at TobiasBuckell.com.
Loading...
or support indie stores by buying on