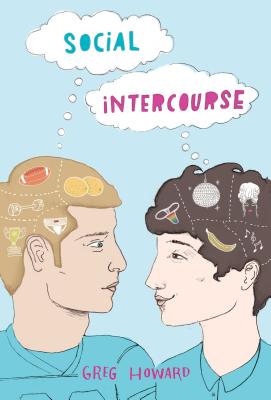 Beckett Gaines, a gay teen living in South Carolina, has his world turned upside-down by a jock in this laugh-out-loud novel that’s Simon vs. the Homo Sapiens Agenda meets The Parent Trap.

Beck:
The Golden Girls-loving, out-and-proud choir nerd growing up in the “ass-crack of the Bible belt.”

Jax:
The Golden Boy, star quarterback with a slick veneer facing uncomfortable truths about himself and his past.

When Beck’s emotionally fragile dad starts dating the recently single (and supposedly lesbian) mom of former bully, Jaxon Parker, Beck is not having it. Jax isn’t happy about the situation either, holding out hope that his moms will reunite and restore the only stable home he’s ever known. Putting aside past differences, the boys plot to derail the budding romance between their parents at their conservative hometown’s first-ever Rainbow Prom. Hearts will be broken, new romance will bloom, but nothing will go down the way Beck and Jax have planned.

In his hilarious and provocative debut, Greg Howard examines the challenges of growing up different in a small southern town through the lens of colorful and unforgettable characters who stay with you long after the last drop of sweet tea.

Fans of Becky Albertalli’s Simon vs. the Homo Sapiens Agenda who are looking for something more mature will gravitate toward this story of unrequited first love.
— School Library Journal

A funny and satisfying love story while challenging simplistic preconceptions that people are either gay or straight or that the Bible Belt plus football equals a homophobic community.
— Publishers Weekly

The language is raunchy, the innuendo is frequent, and the energy is irrepressible. Hand this debut to readers tired of problem novels who are looking for a hilarious romp.
— Booklist

Greg Howard was born and raised in the South Carolina Lowcountry, where his love of words and stories blossomed at a young age. Originally set on becoming a songwriter, Greg followed that dream to the bright lights of Nashville, Tennessee, and spent years producing the music of others before eventually returning to his childhood passion of writing stories. Greg writes YA and middle grade novels focusing on LGBTQ characters and issues. He has an unhealthy obsession with Reese’s Peanut Butter Cups and currently resides in Nashville with his three rescued fur babies—Molly, Toby, and Riley.
Loading...
or
Not Currently Available for Direct Purchase