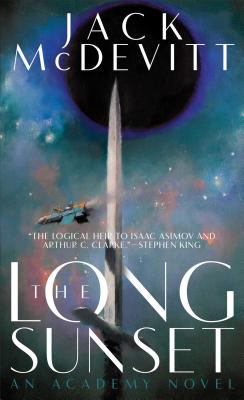 Jack McDevitt is the Nebula Award–winning author of The Academy series, including The Long Sunset. He attended La Salle University, then joined the Navy, drove a cab, became an English teacher, took a customs inspector’s job on the northern border, and didn’t write another word for a quarter-century. He received a master’s degree in literature from Wesleyan University in 1971. He returned to writing when his wife, Maureen, encouraged him to try his hand at it in 1980. Along with winning the Nebula Award in 2006, he has also been nominated for the Hugo Award, the Nebula Award, the Arthur C. Clarke Award, the John W. Campbell Memorial Award, and the Philip K. Dick Award. In 2015, he was awarded the Robert A. Heinlein Award for Lifetime Achievement. He and his wife live near Brunswick, Georgia.
Loading...
or support indie stores by buying on