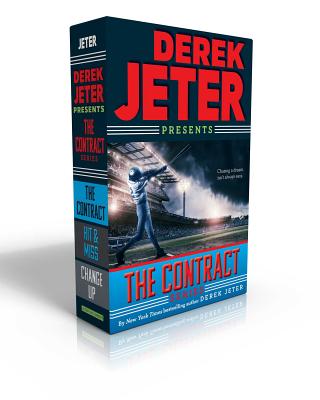 The first three books in the New York Times bestselling middle grade series inspired by the life of iconic New York Yankee Derek Jeter, are now available together in a collectible boxed set!

This paperback boxed set contains the first three middle grade novels in the New York Times bestselling Jeter Publishing program. Inspired by Derek Jeter’s own life, The Contract, Hit & Miss, and Change Up focus on setting your goals high, thinking before you act, and dealing with growing pains. The Wall Street Journal raved, “the play by play action is exciting and the lessons many.” This is the perfect series for every baseball fan.