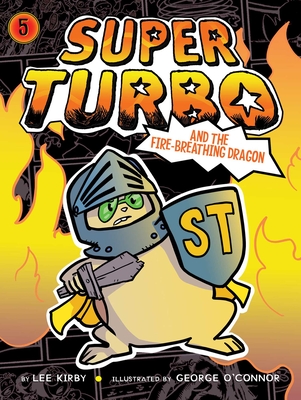 Super Turbo and the Fire-Breathing Dragon

In the fifth, Super Turbo book, there’s a new animal in school and the class pets are convinced she’s a fire-breathing dragon!

There’s a new class pet at Sunnyview Elementary. And since all the students seem so excited about this new pet, Turbo can’t wait to meet her. Until he realizes that she’s a fire-breathing dragon! Now the Superpet Superhero League must figure out what this new pet is really doing in the school. And if she’s evil…can the superpets stop her?