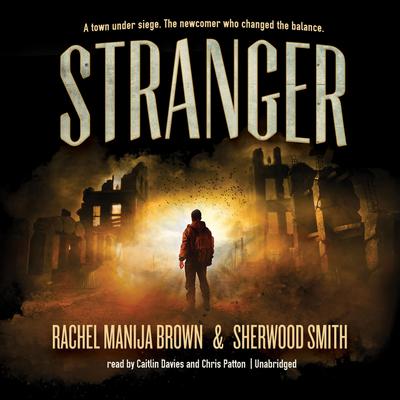 Fast-paced, enormously cinematic, and full of inventive world-building, diverse characters, and moral complexity, Stranger is speculative fiction and its best-and its most true to our lives.Many generations ago, a mysterious cataclysm struck the world. Governments collapsed and people scattered to rebuild where they could. A mutation called the Change arose, granting some people unique powers. Though the area once known as Los Angeles retains its cultural diversity, its technological marvels have faded into legend. "Las Anclas" now resembles a Wild West frontier town-where the Sheriff possesses superhuman strength, the doctor can warp time to heal his patients, and the distant ruins of an ancient city bristle with deadly crystalline trees that take their jewellike colors from the clothes of the people they killed.Teenage prospector Ross Juarez's best find ever-an ancient book he doesn't know how to read-nearly costs him his life when a bounty hunter is sent to kill him and steal the book. Ross barely makes it to Las Anclas, bringing with him a precious artifact, a power no one has ever had before, and a whole lot of trouble.

Rachel Manija Brown is the author of the memoir All the Fishes Come Home to Roost: An American Misfit in India. She lives in Southern California.