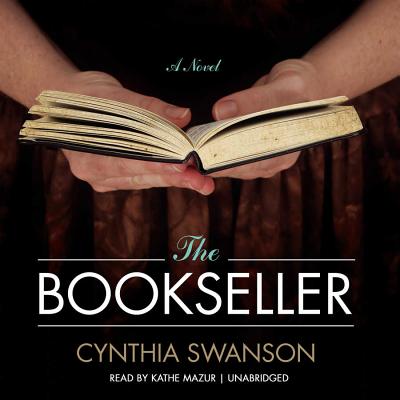 A provocative and hauntingly powerful debut novel reminiscent of "Sliding Doors," " The Bookseller "follows a woman in the 1960s who must reconcile her reality with the tantalizing alternate world of her dreams.

"Nothing is as permanent as it appears "

Denver, 1962. Kitty Miller has come to terms with her unconventional single life. She loves the bookshop she runs with her best friend, Frieda, and enjoys complete control over her day-to-day existence. She can come and go as she pleases, answering to no one. There was a man once, a doctor named Kevin, but it didn t quite work out the way Kitty had hoped.

Denver, 1963. Katharyn Andersson is married to Lars, the love of her life. They have beautiful children, an elegant home, and good friends. It's everything Kitty Miller once believed she wanted but it only exists when she sleeps.

Convinced that these dreams are simply due to her overactive imagination, Kitty enjoys her nighttime forays into this alternate world. But with each visit, the more irresistibly real Katharyn's life becomes. Can she choose which life she wants? If so, what is the cost of becoming Katharyn? As the line between her worlds begins to blur, Kitty must figure out what is real and what is imagined.