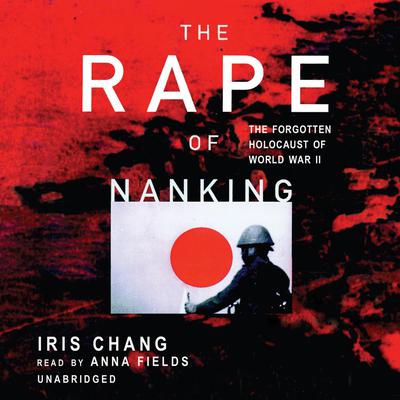 The Rape of Nanking (Digital Audiobook)

In December 1937, one of the most brutal massacres in the long annals of wartime barbarity occurred in the capital of China. The Japanese army swept into Nanking and not only looted and burned the defenseless city but systematically raped, tortured, and murdered half of the city’s remaining population, some 300,000 Chinese civilians. Amazingly, the account of this atrocity was denied by the Japanese government.

The Rape of Nanking tells the story from three perspectives: that of the Japanese soldiers who performed it, that of the Chinese civilians who endured it, and finally, that of a group of Europeans and Americans who refused to abandon the city and were able to create a safety zone that saved almost 300,000 Chinese. Among these was John Rabe, the tireless German leader of the rescue effort, whom Iris Chang called the “Oskar Schindler of China.”