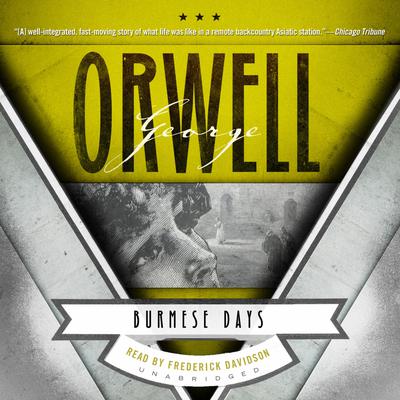 Colonial politics in 1930 Kyauktada, India, come to a head when the European Club, previously for whites only, is ordered to elect one token native member. The deeply racist members do their best to manipulate the situation, resulting in the loss not only of reputations, but of lives.

Amidst this cynical setting, timber merchant James Flory stands as a bridge between the warring factions, a Brit with a genuine appreciation for the native people and culture. But he has trouble acting on his feelings, and the significance of his vote, both social and political, weighs on him. When Elizabeth Lackersteen arrives, blonde, eligible, and anti-intellectual, Flory finds himself the hapless suitor.

Orwell alternates between grand-scale political intrigue and nuanced social interaction, mining his own Colonial Indian heritage to create a monument of historical fiction.