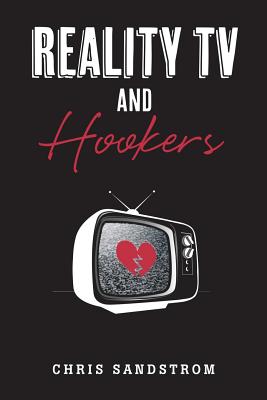 Every night millions of Americans sink into their couches and disappear into the fantasy world of reality television. Tonight the nations' eyes are fixed firmly on Jacoby Simmons. As Jacoby stares across the stage at Carly he sees the shy, sensitive girl who baked him sugar cookies and shares his love for cheesy 80s movies. Though he's only known her for a few weeks he sees the first girl to ever really capture his heart. What he fails to see, what the viewing audience already knows, is that Carly is a prostitute, as were half of the other women that he previously dismissed from this reality dating competition. "Reality TV and Hookers" is a satire of the reality television industry told from the narrative perspective of an unnamed producer recanting the tale of his greatest ratings success. He tests the viewing public's appetite for sex, sleaze, and controversy by adding this major twist to the traditional Bachelor format. The story follows the arc of the program from the initial concept and casting to the dramatically televised conclusion where Jacoby, Carly, and narrator face the consequences of their decisions.

Reality TV and Hookers is Chris Sandstrom's debut novel. Born and raised on Long Island. He attended Columbia University in New York City where he has since lived and worked.
Loading...
or support indie stores by buying on