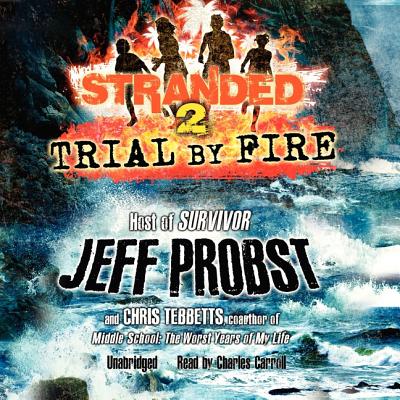 They thought it couldn't get any worse. They were wrong.Buzz, Vanessa, Carter, and Jane are no closer to being rescued than they were when they first found themselves stranded on a deserted island. If anything, they're worse off than ever, having lost their boat to a tropical storm--and with it, all their supplies. Now, the four must team up and make important survival decisions if they ever want to be found. But with food running low and tensions running high, their chances of being saved continue to decline, and they find it necessary to rely on one other to endure whatever lies ahead for them.

Jeff Probst (www.jeffprobst.com) is the multi-Emmy Award-winning host and executive producer of the popular series Survivor. He is also the founder of The Serpentine Project, a nonprofit organization designed to help young adults transition out of the foster care system, and has worked with the larger nonprofit organization Alliance for Children's Rights, which has provided one hundred thousand kids in Los Angeles with free legal assistance and advocacy. Each season, Survivor memorabilia is auctioned off, and, to date, the auctions have raised hundreds of thousands of dollars for the organization. A native of Wichita, Kansas, Probst is married and lives in Los Angeles with his wife and two children when not traveling the world. He can be followed on Twitter @jeffprobst and online at www.jeffprobst.com.

Chris Tebbetts is the "New York Times" bestselling co-author of James Patterson's Middle School series. Originally from Yellow Spring, Ohio, Tebbetts is a graduate of Northwestern University. He lives and writes in Vermont.
Loading...
or
Not Currently Available for Direct Purchase