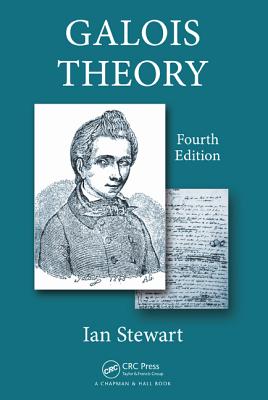 New to the Fourth Edition

This bestseller continues to deliver a rigorous yet engaging treatment of the subject while keeping pace with current educational requirements. More than 200 exercises and a wealth of historical notes augment the proofs, formulas, and theorems.

Ian Stewart is an emeritus professor of mathematics at the University of Warwick and a fellow of the Royal Society. Dr. Stewart has been a recipient of many honors, including the Royal Society's Faraday Medal, the IMA Gold Medal, the AAAS Public Understanding of Science and Technology Award, and the LMS/IMA Zeeman Medal. He has published more than 180 scientific papers and numerous books, including several bestsellers co-authored with Terry Pratchett and Jack Cohen that combine fantasy with nonfiction.
Loading...
or support indie stores by buying on