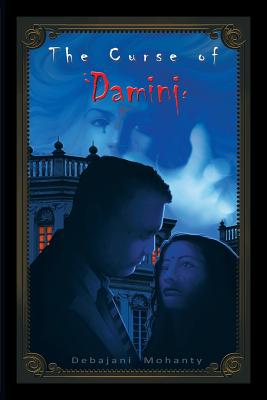 The Curse of Damini

The world seemed not enough for free spirited Renuka, when she married the highly educated Shashank hailing from the mightiest Zamindars of Bengal. However, soon her life turned upside down when a neighbor revealed her of their sinister past.

It's a mysterious supernatural curse cast on their family almost a century back. Generation by generation, Damini's enraged curse had passed on, declining their family clan from hundreds to a handful few. Who would be Damini's next victim? And why innocent lives are at a stake for a crime committed by an ancestor a hundred years back? Renuka would not settle until she finds an answer and in her quest she struggles to eradicate all the evils that come in her way. Would she ever win a battle against an unseen enemy? Would the wrong done to Damini be ever avenged?

Set against the nostalgic era of 1940s, the story narrates the arduous journey of Renuka Pal, the protagonist, from a rash teen age freedom fighter to the seasoned writer of the 21st century India. In this thrilling saga of death, betrayal and power plays the narrative would cover a large chunk of twentieth century history. The passing of time, historical events and the changing country is so well-woven to the story that one would hardly differentiate between fact and fiction.