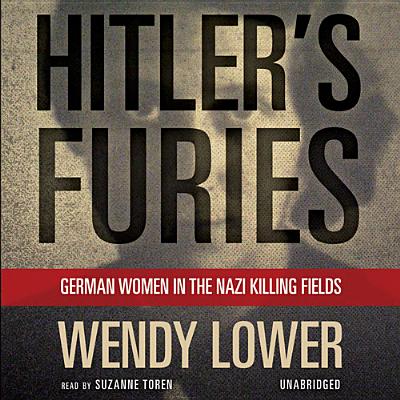 Wendy Lower's stunning account of the role of German women on the Eastern Front--not only as plunderers and direct witnesses but as actual killers--powerfully revises history. Many young nurses, teachers, secretaries, and wives saw the emerging Nazi empire as a kind of "Wild East" of opportunity, yet they could not have imagined what they would do there. Lower, drawing on twenty years of archival research and fieldwork on the Holocaust, access to post-Soviet documents, and interviews with German witnesses, presents compelling evidence that these women went on "shopping sprees" and romantic outings to the Jewish ghettos of Poland, Ukraine, and Belarus, and that they were present at killing-field picnics, not only providing refreshment but also taking part in the shooting of Jews. And Lower uncovers the stories of SS wives--with children of their own--whose brutality is as chilling as any in history.Hitler's Furies will challenge our deepest beliefs using evidence hidden for seventy years: women can be just as brutal as men.