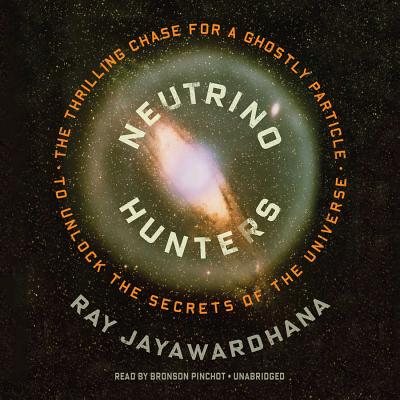 Detective thriller meets astrophysics in this adventure into neutrinos and the scientists who pursue them. For more than eighty years, brilliant and eccentric scientists around the world have been searching for the incredibly small bits of matter we call neutrinos. Trillions of these ghostly particles pass through our bodies every second, but they are so pathologically shy that neutrino hunters have to use Olympic-size pools deep underground and a gigantic cube of Antarctic ice to catch just a handful. Neutrinos may hold the secrets to the nature of antimatter and what the universe was like just seconds after the big bang, but they are extremely elusive and difficult to pin down--much like the adventurous scientists who doggedly pursue them. In Neutrino Hunters, renowned astrophysicist and award-winning author Ray Jayawardhana takes us on a thrilling journey into the shadowy world of neutrinos and the colorful lives of those who chase them. Demystifying particle science along the way, Jayawardhana tells a detective story with cosmic implications--interweaving the tales of the irascible Casanova Wolfgang Pauli; the troubled genius Ettore Majorana, who disappeared without a trace; and Bruno Pontecorvo, whose defection to the Soviet Union caused a Cold War ruckus. Ultimately, Jayawardhana reveals just how significant these fast-moving particles are to the world we live in and why the next decade of neutrino hunting will redefine how we think about physics, cosmology, and our lives on Earth.