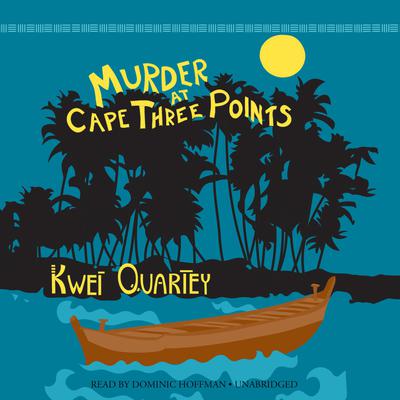 At Cape Three Points on the beautiful Ghanaian coast, acanoe washes up at an oil rig site. The two bodies in the canoe—who turn out tobe a prominent, wealthy middle-aged couple—have obviously beenmurdered; the way Mr. Smith-Aidoo has been gruesomely decapitated suggests thekiller was trying to send a specific message—but what and to whom?The Smith-Aidoos, pillars in their community, are mourned by everyone, butespecially by their niece Sapphire, a successful pediatric surgeon in Ghana’scapital, Accra. She is not happy that months have passed since the murder andthe rural police have made no headway.

When the federal police finally agree to getinvolved, Detective Inspector Darko Dawson of the Accra police force is sentout to investigate. Pretty as the coast is, he is nothappy to be sent away from his wife and two sons, the younger of whom isrecovering from a heart operation. And the more he learns about the case, the moreconvoluted and dangerous it becomes. Three Points has long been inhabited bytribal villages of subsistence fishers, but real estate entrepreneurs andwealthy oil companies have been trying to bribe the tribes to move out. Dawsonunearths a host of motives for murder, from personal vendettas tocorporate conspiracies.

Kwei Quartey was
born in Ghana and raised by an American mother and a Ghanaian father, both
of whom were university lecturers. As a teenager, he got into serious trouble
with the military government for putting up protest posters; after a stint in
prison for “sedition,” he left for the United States, where he has lived ever
since. In 2008 he returned to Ghana for the first time and now visits
frequently as research for his writing. A practicing physician, Quartey now lives
and works in Pasadena. He writes in the morning before he sets off to work at
HealthCare Partners, where he runs a wound clinic. He is the author of the
critically acclaimed novels Wife of the Gods and Children
of the Street
.