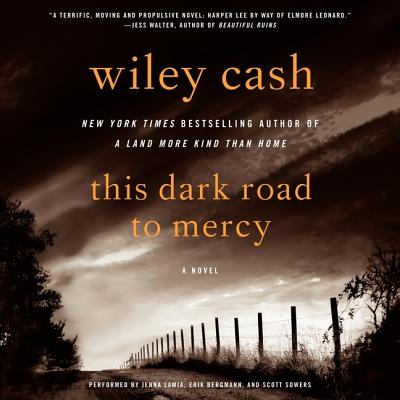 The critically-acclaimed author of the New York Times bestseller A Land More Kind Than Home returns with a resonant novel of love and atonement, blood and vengeance, involving two young sisters, a wayward father, and an enemy determined to see him pay for his sins. When their mother dies unexpectedly, twelve-year-old Easter and her six-year-old sister Ruby are shuffled into the foster care system in Gastonia, North Carolina, a town not far from the Appalachian mountains. But just as they settle into their new life, their errant father, Wade, an ex-minor league baseball player whom they haven't seen in years, suddenly appears and wants to spend more time with them. Unfortunately, Wade has signed away legal rights to his daughters, and the only way he can get Easter and Ruby back is to steal them away in the middle of the night. Brady Weller, the girls'court-appointed guardian, begins looking for Wade, and he quickly turns up unsettling information linking Wade to a recent armored car heist, one with a whopping $14.5 million missing. But Brady Weller isn't the only one hunting the desperate father. Robert Pruitt, a shady and mercurial man nursing a years-old vendetta, is also determined to find Wade and claim his due. Narrated by Easter, Weller, and Pruitt in alternating voices that are at once captivating and heartbreaking, This Dark Road to Mercy is a story about the emotional pull of family and the primal desire to outrun a past that refuses to let go.
or
Not Currently Available for Direct Purchase
Copyright © 2020 American Booksellers Association