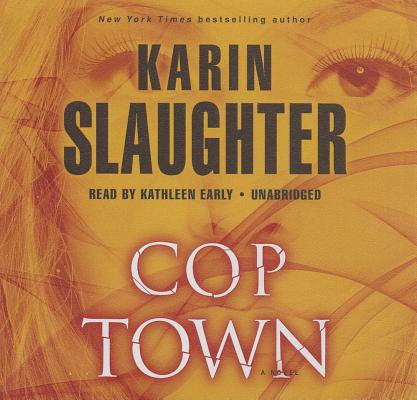 The critically acclaimed and New York Times bestselling master of suspense delivers her first stand-alone novel, a thrilling tale of crime and struggle set in Atlanta in the mid-1970s.

Atlanta, 1974. It's Kate Murphy's first day on the job, and the Atlanta Police Department is seething after the murder of an officer. Before the day has barely begun, she already suspects she's not cut out to be a cop. Her male uniform is too big, she can't handle a gun, and she's rapidly learning that the APD is hardly a place that welcomes women. Worse still, in the ensuing manhunt, she'll be partnered with Maggie Lawson, a cop with her own ax to grind (and a brother and uncle already on the force)-a strategy meant to isolate Kate and Maggie from the action. But the move will backfire, putting them right at the heart of it.

Cop Town is an incredibly atmospheric nail-biter from the author the Huffington Post called an exemplary storyteller and one of the great talents of the twenty-first century.