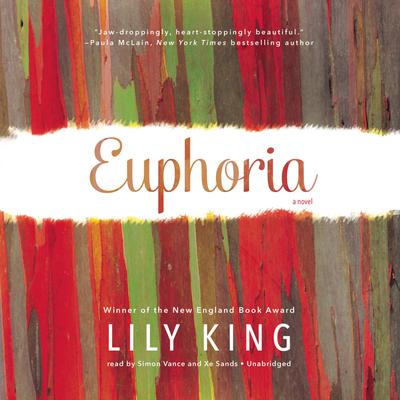 From New England Book Award winner Lily King comes abreathtaking novel about three young anthropologists of the 1930s caught in apassionate love triangle that threatens their bonds, their careers, and ultimately, their lives.

English anthropologist Andrew Bankson has been alone in thefield for several years, studying the Kiona river tribe in the territory of NewGuinea. Haunted by the memory of his brothers’ deaths and increasinglyfrustrated and isolated by his research, Bankson is on the verge of suicidewhen a chance encounter with colleagues, the controversial Nell Stone and herwry and mercurial Australian husband, Fen, pulls him back from the brink. Nelland Fen have just fled the bloodthirsty Mumbanyo and, in spite of Nell’s poorhealth, are hungry for a new discovery. When Bankson finds them a new tribenearby—the artistic, female-dominated Tam—he ignites an intellectual andromantic firestorm between the three of them that burns out of anyone’scontrol.

Lily King’s first
novel, The Pleasing Hour,
won the Barnes & Noble Discover Award and was a New York Times Notable Book
and an alternate for the PEN/Hemingway Award. Her second book, The English
Teacher
, was a Publishers Weekly Top Ten Book of the Year, a Chicago
Tribune
Best Book of the Year, and the winner of the Maine Fiction Award. Father
of the Rain
was a New York Times Editors’ Choice, a Publishers Weekly Best
Novel of the Year, and winner of the 2010 New England Book Award for Fiction.
Lily lives with her family in Maine.