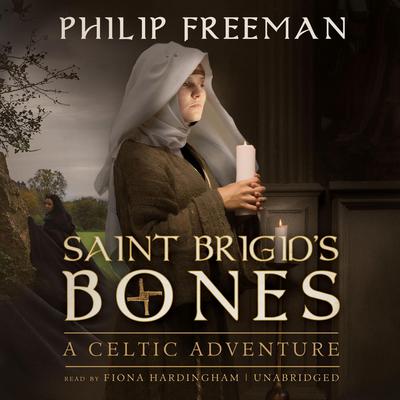 In an evocative Celtic novel set in a time when druidsroamed the land, lively young Sister Deirdre embarks on a mission to find thestolen bones of her convent’s patron saint.

In ancient Ireland, an island ruled by kings and druids, thenuns of Saint Brigid are fighting to keep their monastery alive. When the bonesof Brigid go missing from their church, the theft threatens to destroy all theyhave worked for. No one knows the danger they face better than Sister Deirdre,a young nun torn between two worlds.

Trained as a bard and raised by a druid grandmother, shemust draw upon all of her skills, both as a bard and as a nun, to find thebones before the convent begins to lose faith.

Philip Freeman is Qualley chair of classics at Luther College in Decorah, Iowa, and a former professor of classics at Washington University in St. Louis. He also served as a visiting fellow at the Institute for Advanced Study at Princeton in 2012. He earned the first joint PhD in classics and Celtic studies from Harvard University, and has been a visiting scholar at the Harvard Divinity School, the American Academy in Rome, and the Center for Hellenic Studies in Washington, DC. The author of several previous books, including Alexander the Great, St. Patrick of Ireland, and Julius Caesar, he lives with his family in Decorah, Iowa.