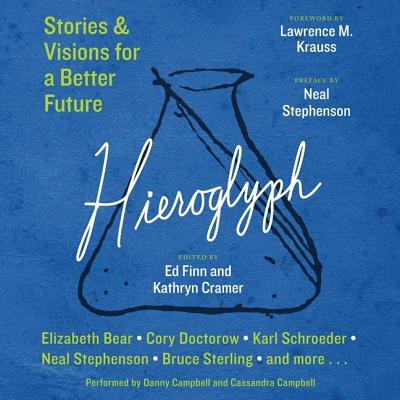 Stories & Visions for a Better Future

Inspired by New York Times bestselling author Neal Stephenson, some of today's leading writers, thinkers, and visionaries have come together in this anthology of stories, set in the near future, that reignites the iconic and optimistic visions of the golden age of science fiction

Born of an initiative at the Center for Science and the Imagination at Arizona State University, this remarkable collection unites a diverse group of celebrated authors, prominent scientists, and creative visionaries--among them Cory Doctorow, Gregory Benford, Charlie Jane Anders, David Brin, and Neal Stephenson--who contributed works of "techno-optimism" that challenge us to imagine fully, think broadly, and do Big Stuff.

Inside this volume you will find marvels of imagination and possibility, including a steel tower so tall that the stratosphere is just an elevator ride away . . . a drone-powered Internet . . . crowdfunded robots descending on the moon . . . cities that work like a single cell of algae powered entirely by the sun . . . and much more.

Engaging, mind-bending, provocative, and imaginative, Hieroglyph: Stories and Visions for a Better Future offers a forward-thinking approach to the intersection of art and technology that has the power to change our world.