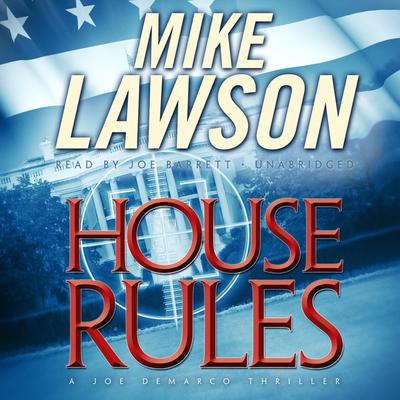 First there was the bomb meant for the Baltimore Harbor Tunnel; then a private plane headed straight for the White House is shot down. An atmosphere of fear and panic overruns the country, and when a senator proposes to run extensive background checks on all Muslims and deport any who aren’t citizens, his bill gains surprising traction. John Mahoney, the larger-than-life Speaker of the House, is not pleased. But Mahoney has a connection to one of the attackers, one he wants kept a secret. So he calls DeMarco, who attempts to get to the bottom of the attacks and to pacify his difficult yet charismatic boss in this riveting installment in the series.

Mike Lawson, a former senior civilian executive for the US Navy, is the author of numerous novels starring Joe DeMarco. His first book, The Inside Ring, was rated by the Seattle Times as one of the top ten thrillers of 2005 and was a finalist for the Barry Award for Best Thriller. House Secrets was selected as one of the best thrillers of 2009 by Library Journal, the St. Louis Post-Dispatch, and Deadly Pleasures Mystery Magazine.