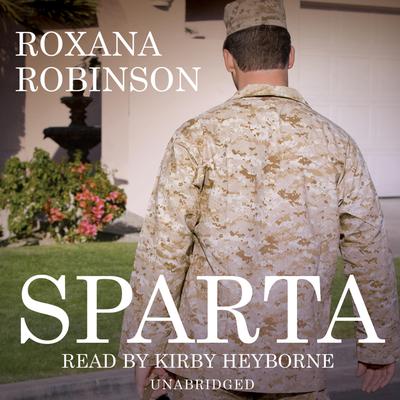 "Sparta made young boys into warriors; it was left to the warriors to restore themselves to men…"

Conrad Farrell's family has no military heritage, but as a classics major at Williams, he saw the sturdy appeal of the Marine ethic: Semper fidelis came straight from the ancient world, from Sparta, where every citizen doubled as a full-time soldier. When Conrad joined the Marines after college, he expected to further a long tradition of honor, courage, and commitment.

Now Conrad has just returned home to Westchester after four years in Iraq, and something is very wrong. Everything should be fine—he hasn't been shot or wounded by an IED, and he's never had psychological troubles—but as he attempts to reconnect with his girlfriend and find his footing in the civilian world, he has an impossible time adjusting to the people and places he used to love and to a commonplace life of hotel reservations, dinner conversation, long showers, and alone time. As the weeks turn into months, Conrad's bitterness only festers, and he begins to fear that his rage, when it comes out, will have irreparable consequences.

Suspenseful and perceptive, Sparta captures the nuances of the unique estrangement that modern soldiers face as they attempt to rejoin the society they've fought for. With the powerful insight and acuity that marked Cost and her earlier novels, Robinson has delivered her best book yet.

Roxana Robinson is the author of several novels, including Cost;
three collections of short stories; and the biography Georgia O’Keeffe:
A Life
. Her work has
appeared in the New Yorker, Harper’s,
Washington Post
,  Wall Street Journal, More, and Vogue,
among other publications.