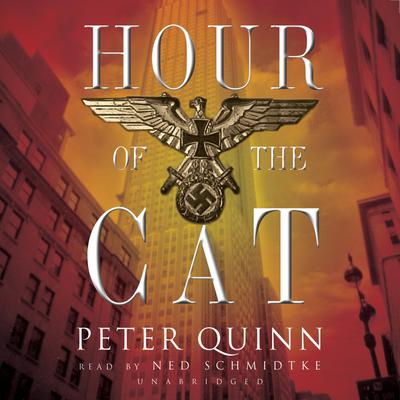 Hour of the Cat (Digital Audiobook)

On the eve of World War II, a murder in New York City draws two vastly different men, an American detective and a German intelligence officer, into the gathering storm.

The death of a spinster nurse killed in her apartment was one of hundreds of simple homicides, indistinguishable from any other in 1938. A suspect was caught and convicted. Then Private Investigator Fintan Dunne is lured in to the case, and coerced by conscience into unraveling the setup that has put an innocent man on death row. Following the trail takes him into a murder conspiracy of a scope that defies imagination.

Meanwhile, in Germany, with no limits to Hitler’s mania, Admiral Wilhelm Canaris, head of Military Intelligence, knows that the “hour of the cat” looms, when every German must make a choice.