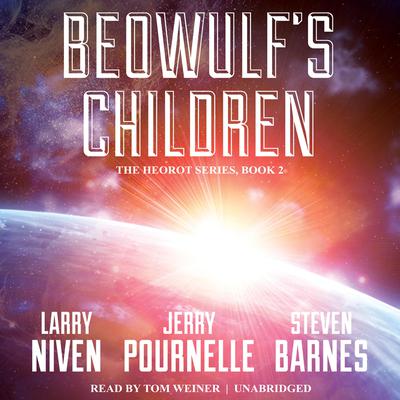 A powerhouse trio of science fiction greats has united to further explore the planet Avalon, first introduced in their classic novel The Legacy of Heorot.

“Once upon a long, long time ago, our parents and grandparents left a place called Earth. They traveled across the stars in a ship called Geographic to find paradise.”

A new generation is growing up on the island paradise of Camelot, ignorant of the Great Grendel Wars fought when their parents and grandparents first arrived on Earth. Setting out to explore the mainland, this group of young rebels feels ready to fight any grendels that get in their way. On Avalon, however, there are monsters that dwarf the ones their parents fought, and as the group will soon learn, monsters also dwell in the human heart.

Avalon does not give up her secrets easily, and some of those mysteries are wicked as sin and blacker than the grave.

Larry Niven is the multiple Hugo and Nebula Award–winning author of the Ringworld series, as well as many other science fiction masterpieces. His Footfall, coauthored with Jerry Pournelle, was a New York Times bestseller. He lives in Chatsworth, California.