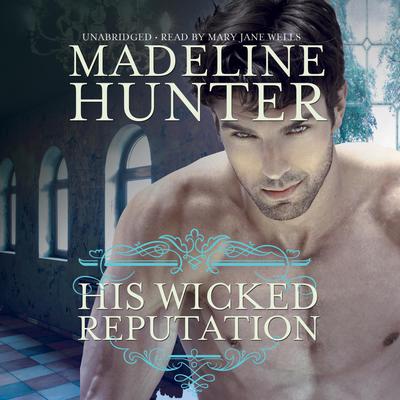 She was a sensible woman, he was a man who could drive a woman senseless with desire ...Gareth Fitzallen is celebrated for four things: his handsome face, his notable charm, his aristocratic connections, and an ability to give the kind of pleasure that has women begging for more. Normally he bestows his talents on experienced, worldly women. But when he heads to Langdon's End to restore a property he inherited-and to investigate a massive art theft-he lays plans to seduce a most unlikely lady.Eva Russell lives a spinster's life of precarious finances and limited dreams while clinging to her family's old gentry status. She supports herself by copying paintings while she plots to marry her lovely sister to a well-established man. Everyone warns her of Gareth's reputation, advising her to lock her sister away. Only it is not her sister Gareth desires. One look and she knows he is trouble. One kiss, however, proves she is no match for this master of seduction.

Madeline
Hunter
is a two-time RITA Award winner and seven-time
finalist and has more than two dozen nationally bestselling historical romances
in print, including The Accidental
Duchess
, The Counterfeit Mistress,
and The Conquest of Lady Cassandra. A
member of RWA’s Honor Roll, her books have been on the bestseller lists of the New York Times, USA Today, and Publishers
Weekly
. More than six million copies of her books are in print, and her
novels have been translated into thirteen languages. She has a PhD in art
history, which she teaches at the university level.