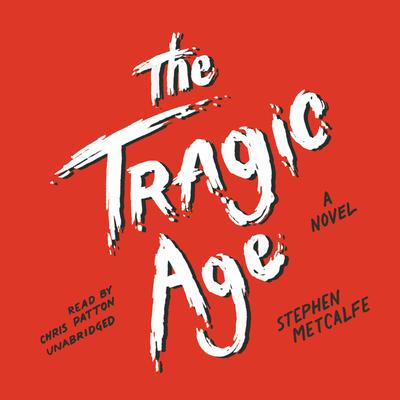 The Tragic Age is a brilliant, debut coming-of-age novel about a misanthropic young man learning to love, trust, and truly be alive in an absurd world.This is the story of Billy Kinsey, heir to a lottery fortune, part genius, part philosopher and social critic, full-time insomniac, and closeted rock drummer. Billy has decided that the best way to deal with an absurd world is to stay away from it. Do not volunteer. Do not join in. Billy will be the first to tell you it doesn't always work-not when your twin sister, Dorie, has died, not when your unhappy parents are at war with one another, not when frazzled soccer moms in two-ton SUVs are more dangerous than atom bombs, and not when your guidance counselor keeps asking why you haven't applied to college. Billy's life changes when two people enter it. Twom Twomey is a charismatic renegade who believes that truly living means going a little outlaw. Twom and Billy become each other's benefactor and friend. At the same time, Billy is reintroduced to Gretchen Quinn, an old and adored friend of Dorie's. It is Gretchen who suggests to Billy that the world can be transformed by creative acts of the soul. With Twom, Billy visits the dark side. And with Gretchen, Billy experiences possibilities.He knows that one path is leading him toward disaster and the other toward happiness. The problem is, Billy doesn't trust happiness. It's the age he's at-the tragic age.

Stephen
Metcalfe
wrote the production drafts for Pretty Woman, Dangerous Minds, and Mr.
Holland’s Opus
, among other films. His stage plays have been produced in
New York and at theaters throughout the United States, Europe, and Japan. He is
an associate artist at the Old Globe Theatre in San Diego and has been an
adjunct professor in dramatic writing at the University of California at San Diego, the University of San Diego, and San Diego State University.