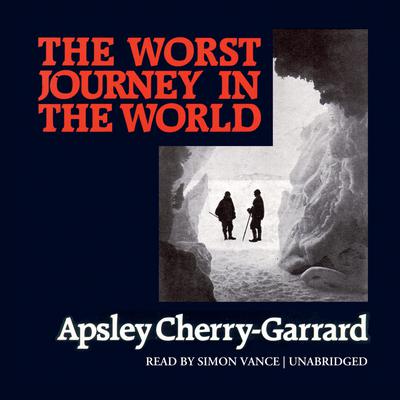 The Worst Journey in the World (Digital Audiobook)

This gripping story of courage and achievement is an account of Robert Falcon Scott's last fateful expedition to the Antarctic, as told by surviving expedition member Apsley Cherry-Garrard. Cherry-Garrard tells of the journey from England to South Africa and southward to the ice floes, where began the unforgettable polar journey across a forbidding and inhospitable region. On November 12, 1912, in arctic temperatures, Cherry-Garrard, in a search party, found the bodies of Scott and his companions, along with their poignant last notebook entries, some of them recorded in this work.

Among Cherry-Garrard's friends and admirers were John Galsworthy, H. G. Wells, Arnold Bennett, and Bernard Shaw. His background in the arts and humanities makes The Worst Journey in the World stand out as a literary accomplishment as well as a classic in the annals of exploration.